With temperatures warming and green up in Fairbanks just around the corner, it’s safe to say that the snow season has come to a close.  At some locations, the 2021-2022 snow season was one for the history books due to notable snow- (and rain) storms and record breaking snowpack accumulations.  Below are charts of accumulated snowfall and snow depth for Anchorage, Fairbanks, Juneau.  The charts include values from September 1, 2021 through May 14, 2022, as well as the long-term average and the season with the highest recorded values at each location.  Click on the images to view the full size graphics. 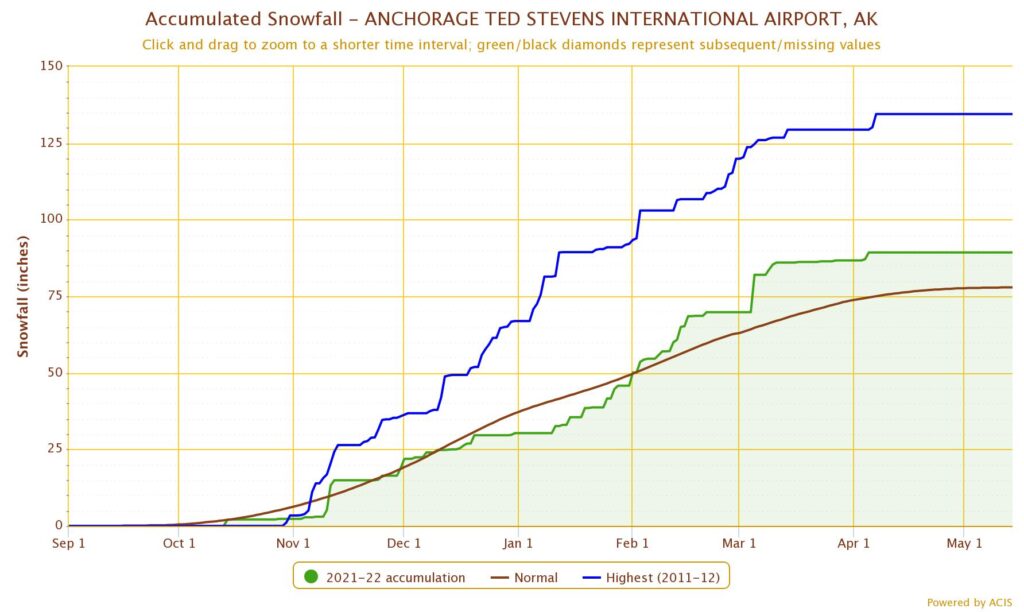 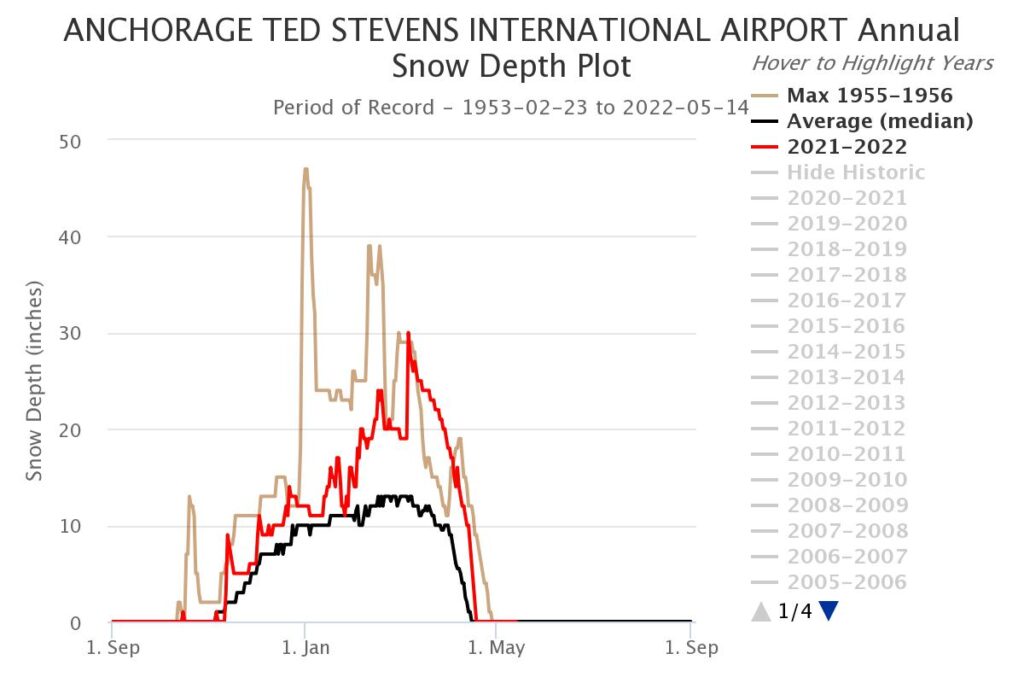 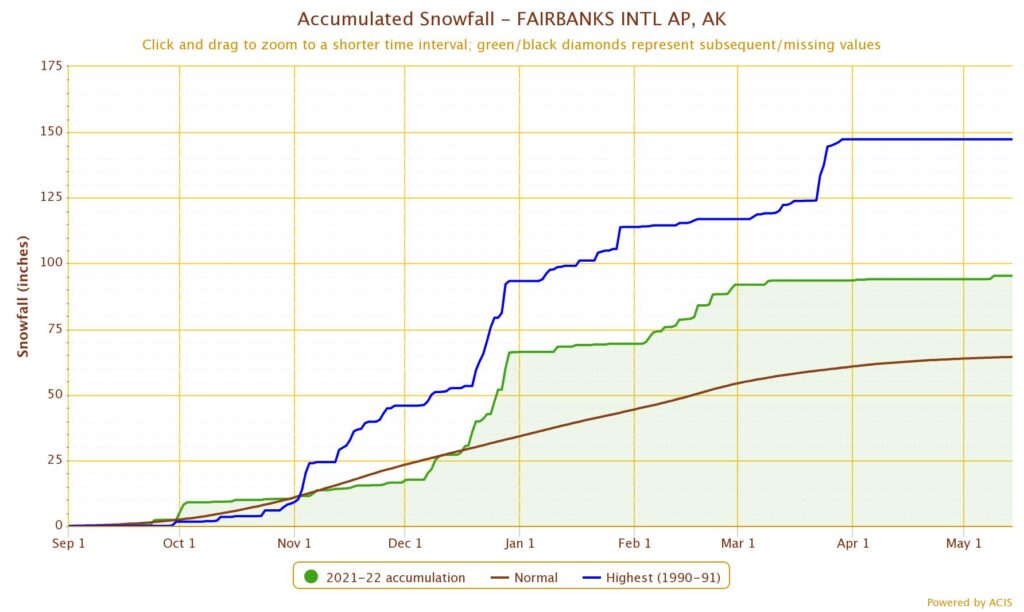 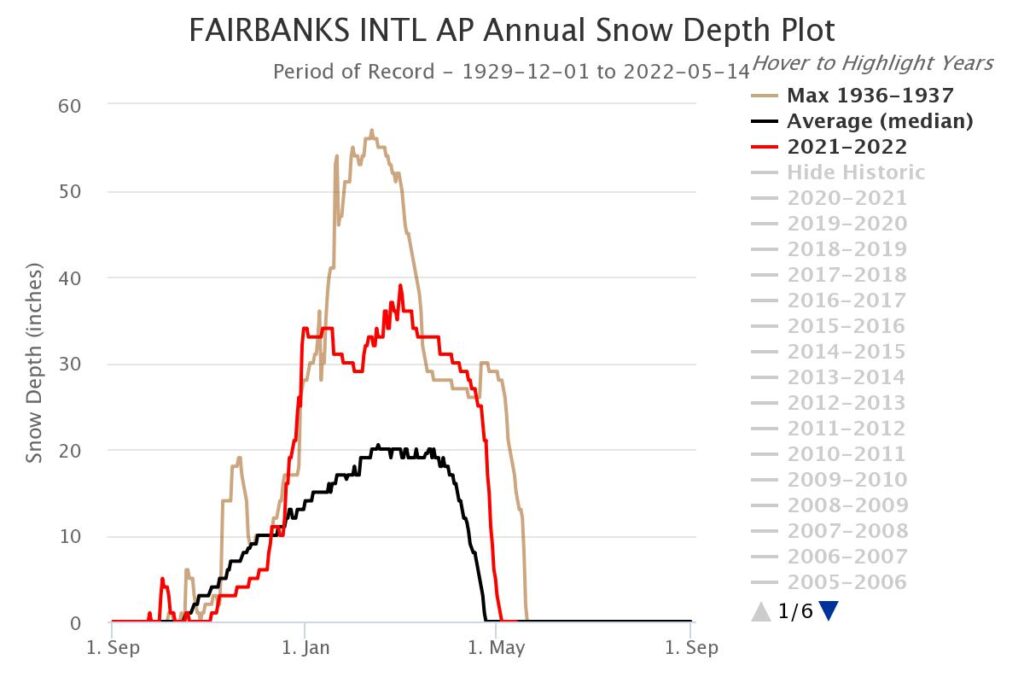 December and February were the snowiest and second snowiest months, respectively. The seasonal total of liquid equivalent precipitation was 10.56 inches, the second highest on record and almost double the 30-year normal value of 5.50 inches. December 2021 was the wettest December on record and the second snowiest, receiving 10 times the average climatological  precipitation and 4.5 times the average climatological snowfall. The daily precipitation total of 1.93 inches recorded on December 26 became the highest daily total for the month of December and the third highest daily total on record for any month. April 2022 was the tenth driest April on record, with a monthly total of 0.02 inches of precipitation. 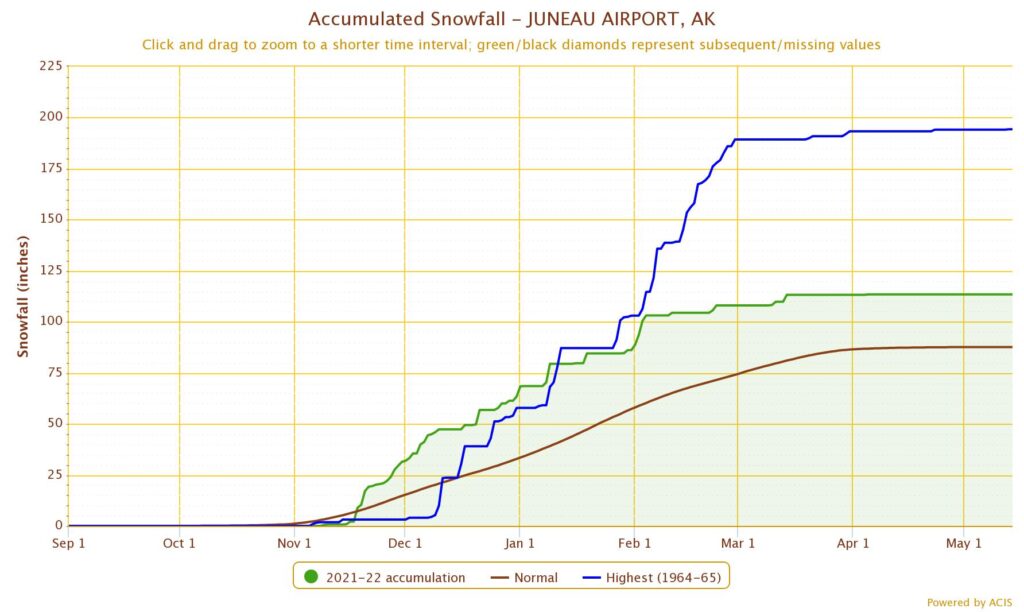 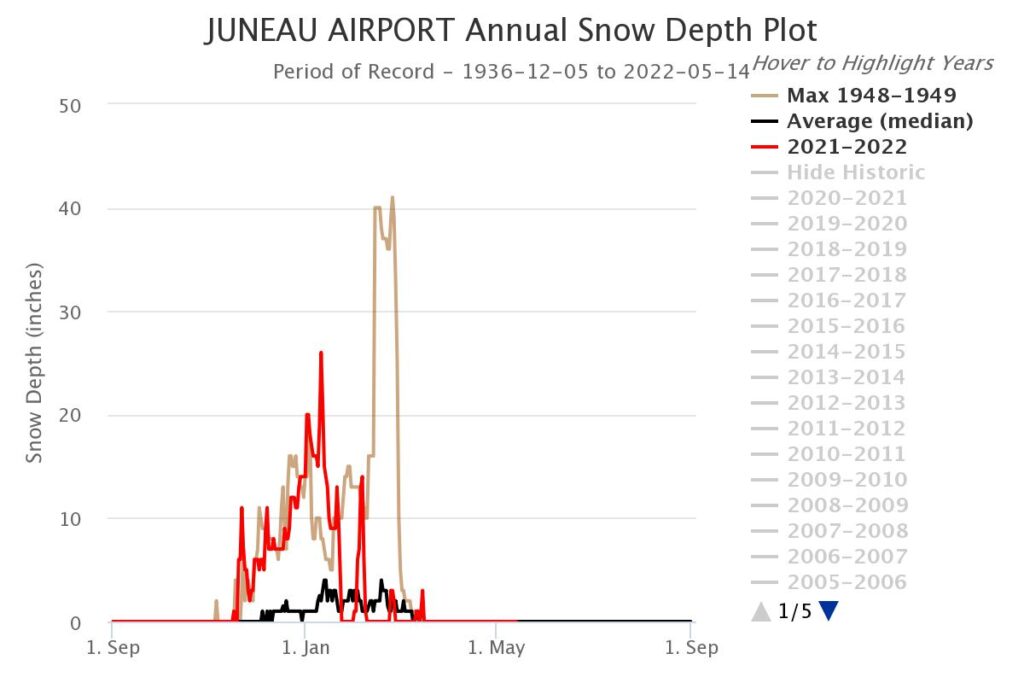 December and January were the snowiest and second snowiest months, respectively. The seasonal total of liquid equivalent precipitation was 63.11 inches, the third highest on record.  Above normal monthly snowfall totals were recorded in November and December, when temperatures were persistently below normal and minimal melting occurred. The first two months of 2022 were the wettest January and February on record, and March 2022 was the second wettest March on record. The daily precipitation total of 3.48 inches recorded on January 21 became the highest daily total for that date and for the month of January, and became the third highest daily total on record for any month.

Overall, the snowpack across Alaska was above normal during the 2021-2022 snow season in terms of snow water equivalent (SWE) and snow depth.  Parts of the central and eastern Interior recorded their first snowfall of the season in September and multiple storms brought heavy snowfall during the month of October.  At the beginning of December,  SWE values at most SNOTEL stations were near or above normal with the exception of stations in the Susitna River basin, where SWE values were below normal through January.  Extreme weather events fueled by bands of tropical moisture resulted in heavy snowfall across the Interior.  SWE values were especially high across the Tanana River basin through the beginning of May, ranging from 260 to 337% of normal, and snow depth was much above normal (172 to 314%).  The snowpack across other basins similarly remained near or above normal through the beginning of May.  For two SNOTEL stations, the peak SWE for the 2021-2022 snow season was the highest during the more than 30 year period of record. 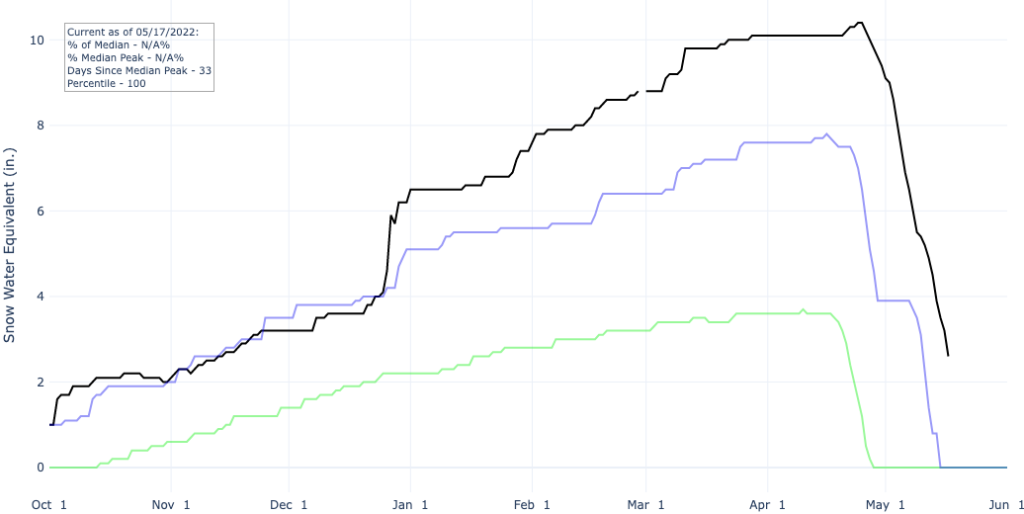 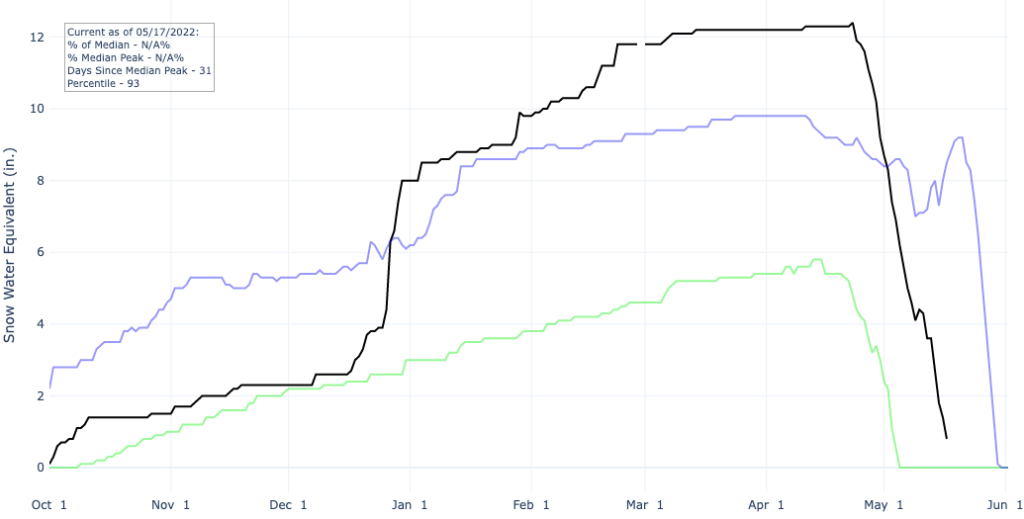